The typical fruits of the Canary Islands are an exclusive and unique gastronomic attr action due to their delicate production; they are accessible and close jewels that can be consumed as whole pieces or as ingredients in a great number of dishes. 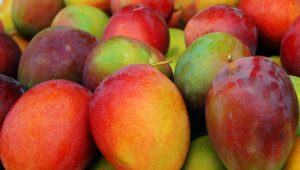 There was a time when the fruits of the Canary Islands were exotic products for the inhabitants of the peninsula, but for many years now they have been part of our diet and are a regular feature of restaurants of all gastronomic trends.

The tropical fruits of the Canary Islands have intense colours and lively, penetrating flavours. Let's get to know some of these stars of Canarian gastronomy.

Typical Canarian fruits that you can enjoy

The differential and unique taste of the Canarian tropical fruits comes, to a large extent, from the dedication and effort of the agricultural sector of the archipelago, which works tirelessly in the development and conservation of these exotic products. 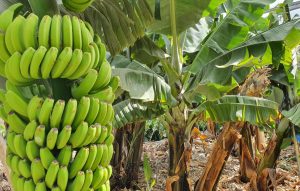 Banana from the Canary Islands

This is the name given to the institutional brand under which the Canarian bananas are marketed, which account for almost 100% of those grown and produced in Spain and 60% at European level.

The brand is managed by ASPROCAN (Association of Banana Producers' Organizations of the Canary Islands).

Most of the bananas grown on the islands are from the CavedishThin skin, yellow with speckles and an average size. They can be eaten raw or as an ingredient in different recipes.

Banana cultivation originated between Malaysia and India in Southeast Asia. In the 5th century it reached Africa, and from there it quickly spread to the Mediterranean coasts.

The Canary Islands were reached by Portuguese expeditionaries in the Age of Discovery, in the 15th century.

Such was its implantation in the archipelago that, after the discovery of America in 1492, the Spanish introduced its cultivation in the lands of the New World from very early dates. 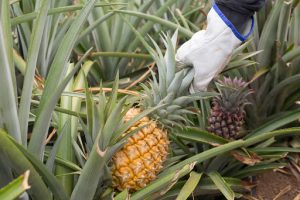 Very abundant fruit on the island of El Hierro. The beginning of its cultivation was a real feat, since it required the transfer of fertile land from the highest parts of the island to the Valley of El Golfo, in addition to the conditioning of the volcanic territory characteristic of El Hierro.

The laborious conversion process included the import of 70 000 plants from the island of La Palma in 1978. The imported variety was the Spanish Red, which had the most suitable adaptation capacity for the El Golfo Valley.

Five years later another 75 000 pineapple plants were imported from Venezuela.

The pineapple from El Hierro has high nutritional values, especially vitamin C. Its taste is very intense and pleasant, with a slightly lower sweetness than other foreign pineapples. 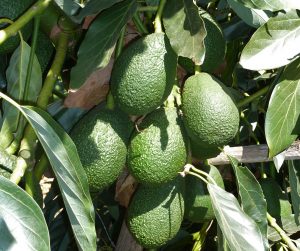 Canarian tropical fruit that has its highest production in La Palma, where 55% of the total of the archipelago is cultivated.

The avocado has been experiencing a real gastronomic boom for years on a global level. In La Palma it still preserves the essence of a gourmet product.

The quality of the palm tree avocado is marked by the particular conditions of temperature, light, water and soil nutrients that Isla Bonita has.

Avocado is highly valued for the wonderful gastronomic applications it presents, enriching any dish in which it is present. Its creaminess, its rich flavour, its green colour and its high nutritional value make it one of the most versatile tropical fruits of the Canary Islands.

It is so appreciated by the Canaries themselves that 60% of the production of Canarian avocados is consumed on the islands themselves. 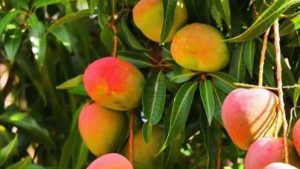 The mango of La Gomera

The mango from La Gomera is one of the most sought-after and emblematic tropical fruits of the Canary Islands.

This fruit arrived in the Canary Islands at the end of the 18th century, and it was very common to find it in gardens in coastal areas and in family vegetable gardens.

The sweet and intense flavor of the mango made it one of the most widely consumed fruits locally, something that aroused the interest of the first visitors to the island. The growth of tourism encouraged its export to new markets.

One of the most outstanding mango production sites on the island of La Gomera is the Barranco de Chejelipes, where local producers have been working for years to consolidate the "Mango de La Gomera" brand, promoting a sustainable, alternative and high-yield product.

Canarian tropical fruits are an indispensable part of the culture and gastronomy of the archipelago. They are characterized by their exotic flavors, attractive colors and their high nutritional level. A trip to the Canary Islands will not be complete without enjoying some of them.