Frangollo, a canary dessert to suck your fingers

The frangollo is a very old and traditional Canarian dessert that, however, is not seen as much as its delicious taste deserves. In fact, it is quite unknown among young people.

Nowadays, it is usually prepared only in some festivals and pilgrimages, as well as in some guachinches in rural areas. It is time to recover this jewel of Canarian desserts. 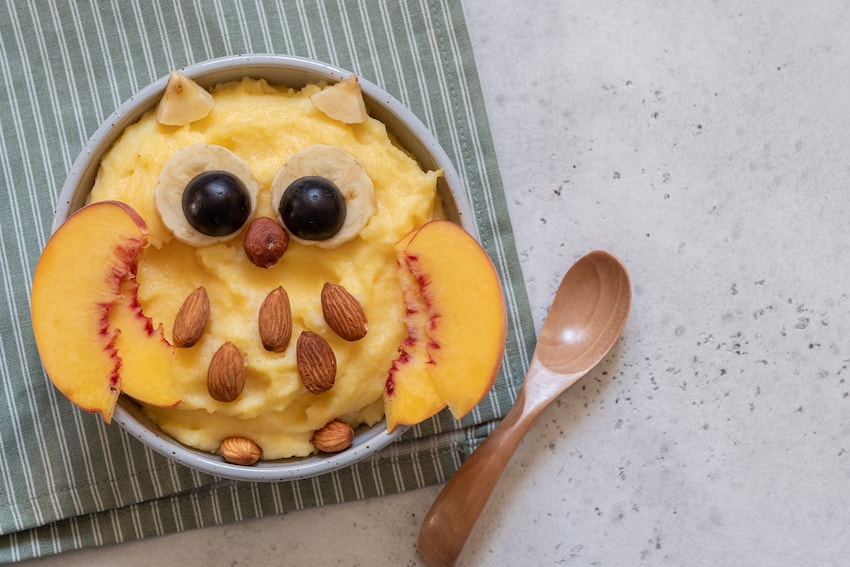 The name of the Canary Islands frangollo comes from the Latin word frangere, which means to break, and is made from milk, millet (corn) flour, sugar, lemon, almonds, raisins and cinnamon.

As is often the case with Canarian dessert recipes, there are different varieties, depending on the islands and the households, in which milk is replaced by water, aniseed is added, no eggs are used or the different ingredients are played with.

The term frangollo refers to a mixture of crushed grains, and was imported into the archipelago by emigrants who returned from America in the mid-19th century, although references to the word already existed in the 17th century.

The millet flour used to make this typical Canarian dessert is raw, very thick and not very well ground, so it does not need to be cooked. This is one of the aspects that differentiates it from gofio, in which the grain is toasted. 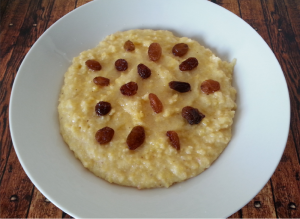 It is a canary dessert with a lot of force. A single portion is quite full, so it can be enjoyed even at breakfast. Millet flour is the main ingredient and stands out for its high content of carbohydrates in the form of starch, as well as minerals, fibre and vitamins.

The almond, also very present in this Canarian dessert, is very rich in monounsaturated fats, very beneficial for the prevention of cardiovascular diseases, as well as having high percentages of potassium, iron and magnesium, among other minerals.

How to prepare this canarian dessert

The preparation of the Canary Islands frangollo is very simple, but in order to get it to go out of your mouth you have to be right with its ingredients and follow a series of easy steps. 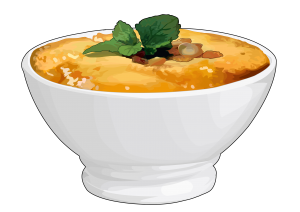 All the ingredients needed to make frangollo are very economical and easily available in any grocery store. The ones we are going to show you are the ones you will need to prepare 8 portions. These are the ones: 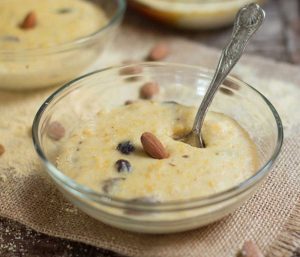 Here are the steps you must follow to make this recipe work for you:

Remember that it should always be cooked over a low heat, that you can take it cold or warm and that, if it is served in a large dish, it can be cut into portions because it leaves a compact dessert. 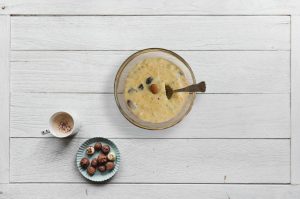 Where you can enjoy the best frangollo

Frangollo can be eaten all year round, although it is a more popular dessert at parties, especially during the Christmas season.

Although it does not have the same popularity as in the past, it can still be enjoyed in many of the rural areas of the Canary Islands, especially in the popular guachinches of the island of Tenerife.

The guachinches are traditional restaurants that are characterized by serving typical dishes of the Canary Islands, in great abundance and with magnificent prices. Their family and home essence makes them ideal for enjoying the most traditional recipes of the archipelago.

Typical Canarian pastries are one of the jewels of the fantastic gastronomy of the Fortunate Islands, and frangollo is one of their most delicious desserts. Without a doubt, a sweet that is worth recovering from its relative oblivion.