Canarian cheese, varieties of the islands

There are many varieties of Canarian cheese existing in the archipelago. Each island has at least one characteristic type of cheese; there are even differences between those made in different regions of the same island. Some of them have a Denomination of Origin, and each and every one of them has organoleptic properties and a personality that make them very recognizable. 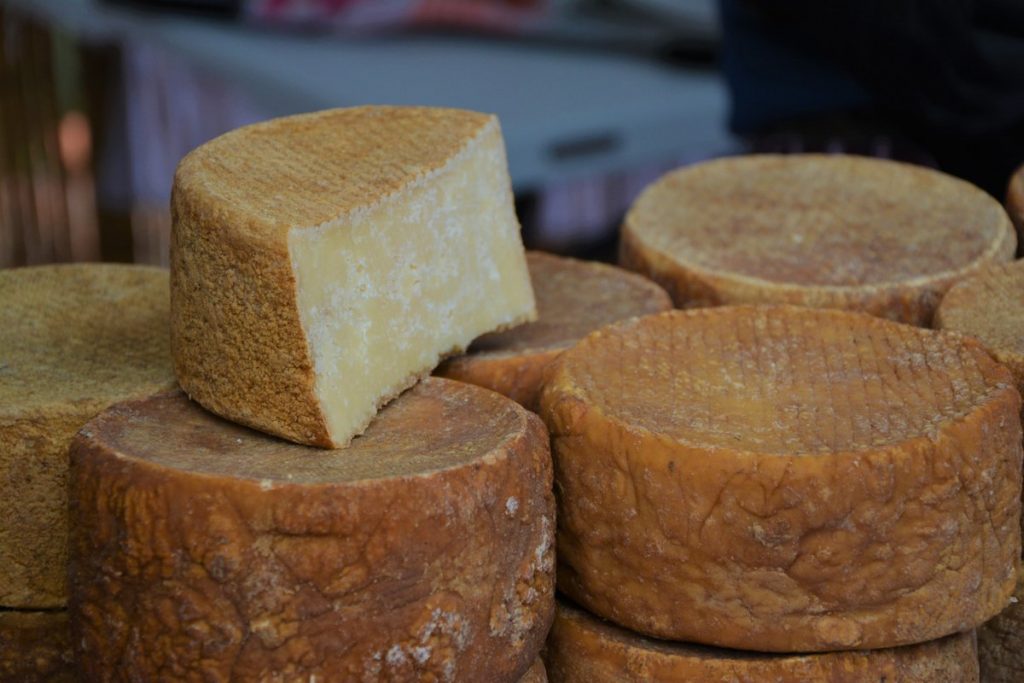 A great variety of canarian cheese

The variety of Canarian cheeses is enough to satisfy the palate of any lover of this dairy product. The cheeses of the archipelago are excellent both for eating raw and fried, grilled or grilled, or as an ingredient in a large number of recipes. 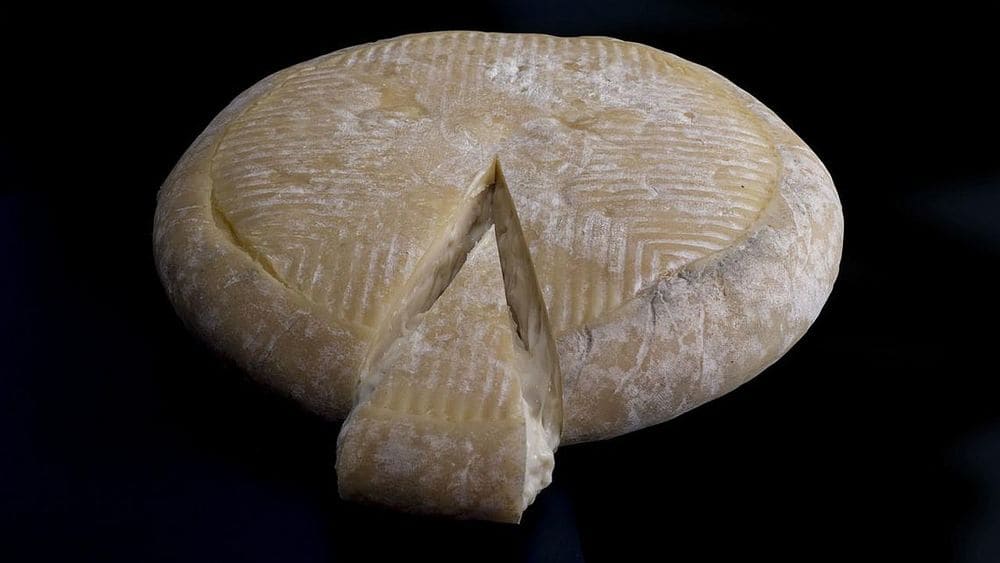 One of the island's gastronomic jewels. It is produced in three municipalities of Gran Canaria: Santa María de Guía (from which it takes part of its name), Moya and Galdar.

For the curdling of its milk, flowers (hence the other part of its name) of two species of thistles from the island are used: Cynara scolymus y Cynara cardunculus var. ferocissima.

It is made mainly with Canarian sheep's milk, although the D.O. allows it to be mixed with other types of milk, especially cow's milk, as long as it does not exceed 40% of the composition.

There are three types of Canarian cheese Flor de Guía:

These three types of cheese can be found semi-cured or cured, and they are particularly and stand out especially for their creaminess and their bitter nuances.They are perfect for spreading, as an aperitif or as an ingredient in different Canarian recipes. 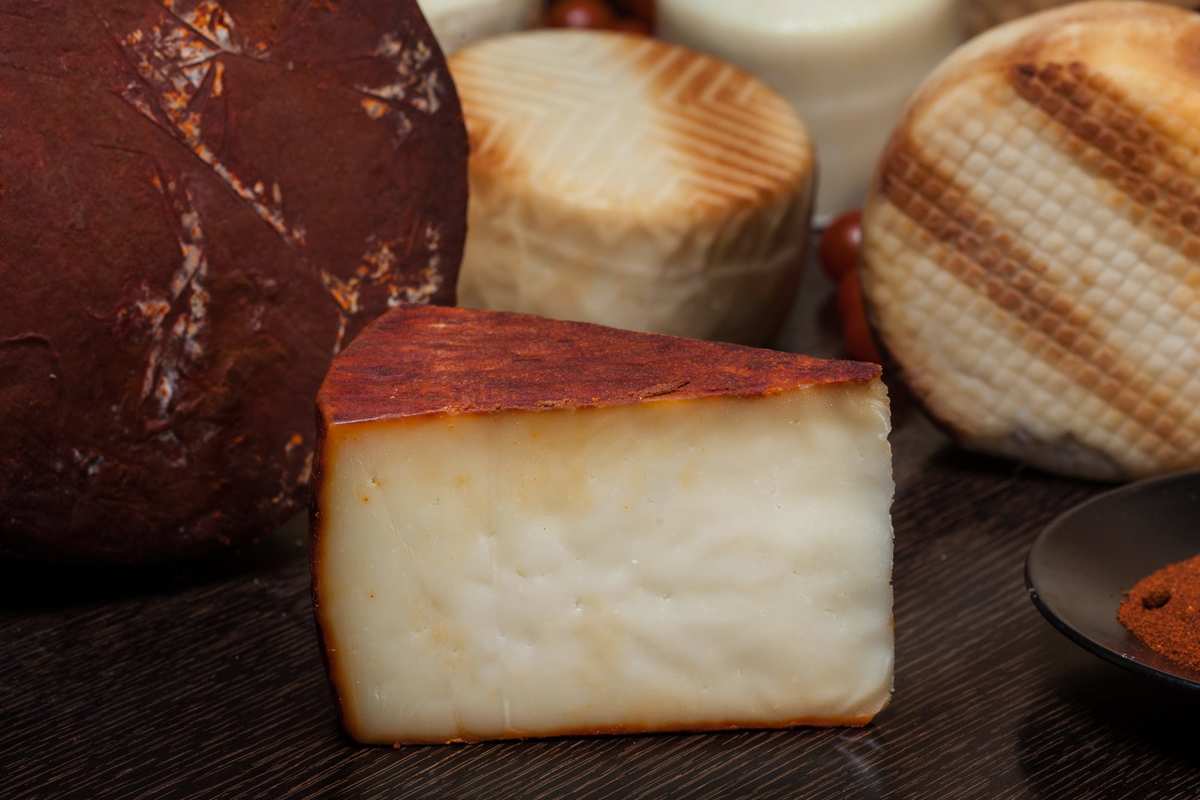 The Majorero is the most famous cheese from the Canary Islands, both nationally and internationally. This cheese from Fuerteventura is made with milk from majorera, a native goat of the island, although the Regulatory Council of the D.O.although the Regulatory Council of the D.O. allows up to 15% of milk from Canarian sheep to be added.

This cheese from Fuerteventura has three degrees of maturity: soft, cured and semi-cured. These last two can be presented with its natural rind natural rind or smeared with gofio or paprika. 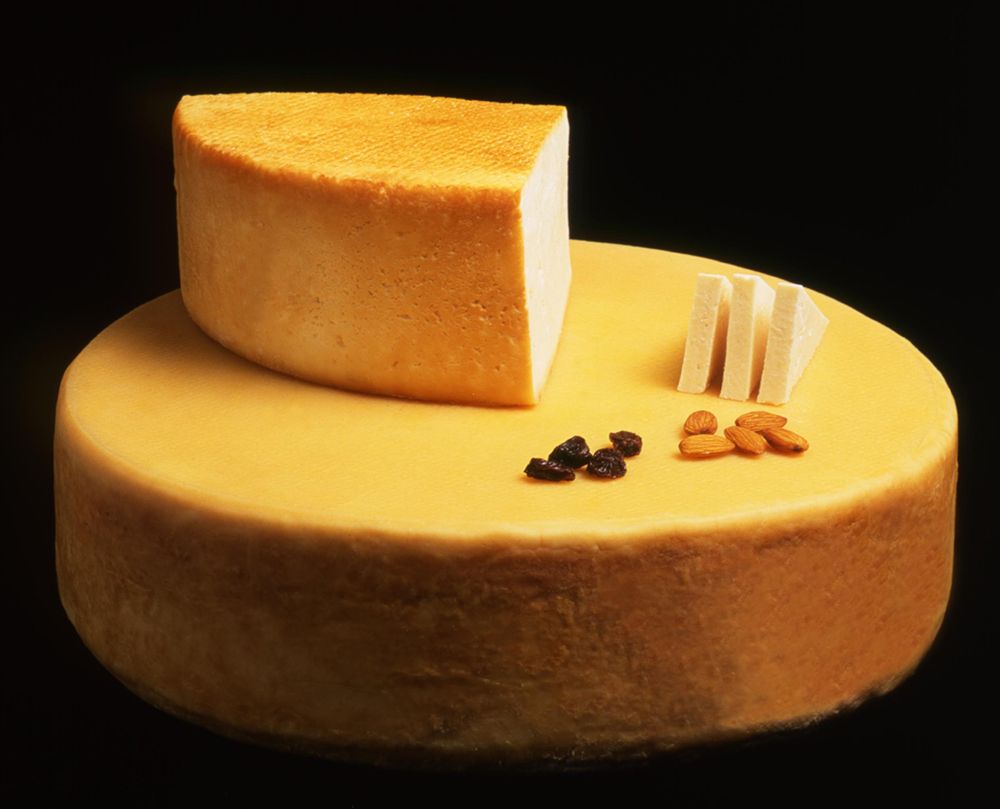 Cheese from La Palma that is characterized by its smoked flavor and is made with raw milk from native Canary Island goats. Its Denomination of Origin includes 26 cheese factories.

It can be eaten fresh, tender, cured and semi-cured. It is the main ingredient of one of the most popular desserts of the island of La Palma: the Canarian almond cheese. 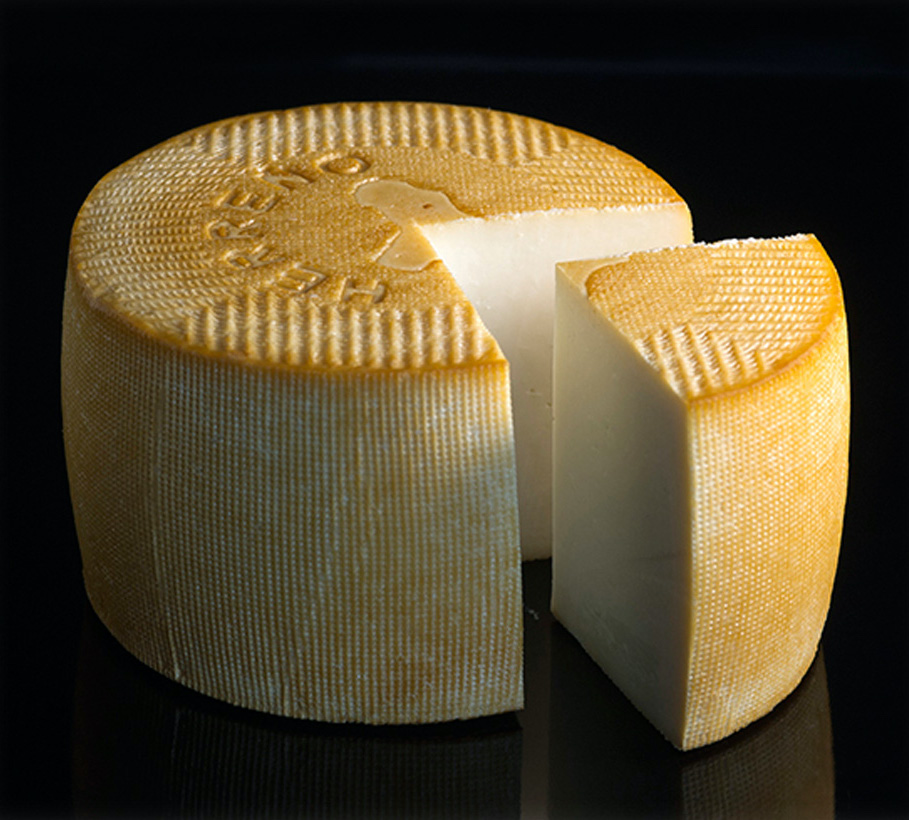 Cheese from the island of El Hierro that is made mainly with goat's milk, although it also contains small proportions of sheep's and cow's milk. Among the characteristics of this cheese include the vegetable nuances in its flavour.. 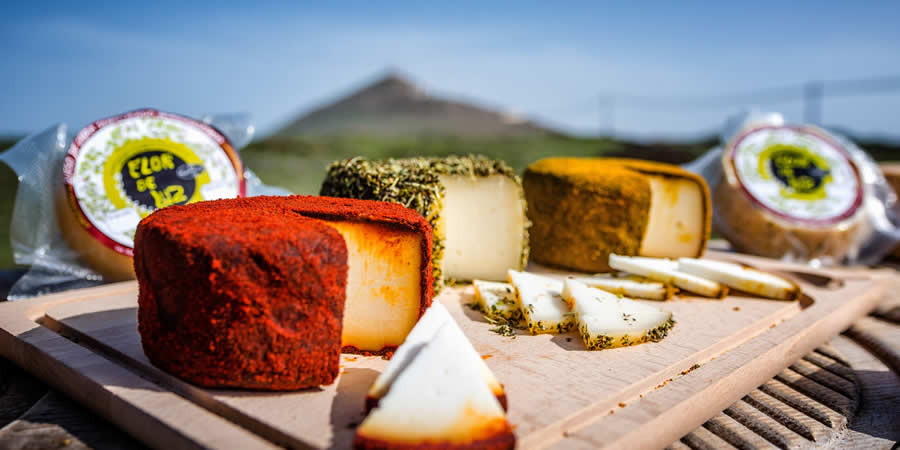 As on the island of Fuerteventura, the cheeses of this volcanic Canary Island are made with Fuerteventura goat's milk. are made with Majorero goat's milk.. Their rennet is not cooked, but pressed, which preserves their flavour and gives them a characteristic texture.This preserves their flavour and gives them their characteristic texture. 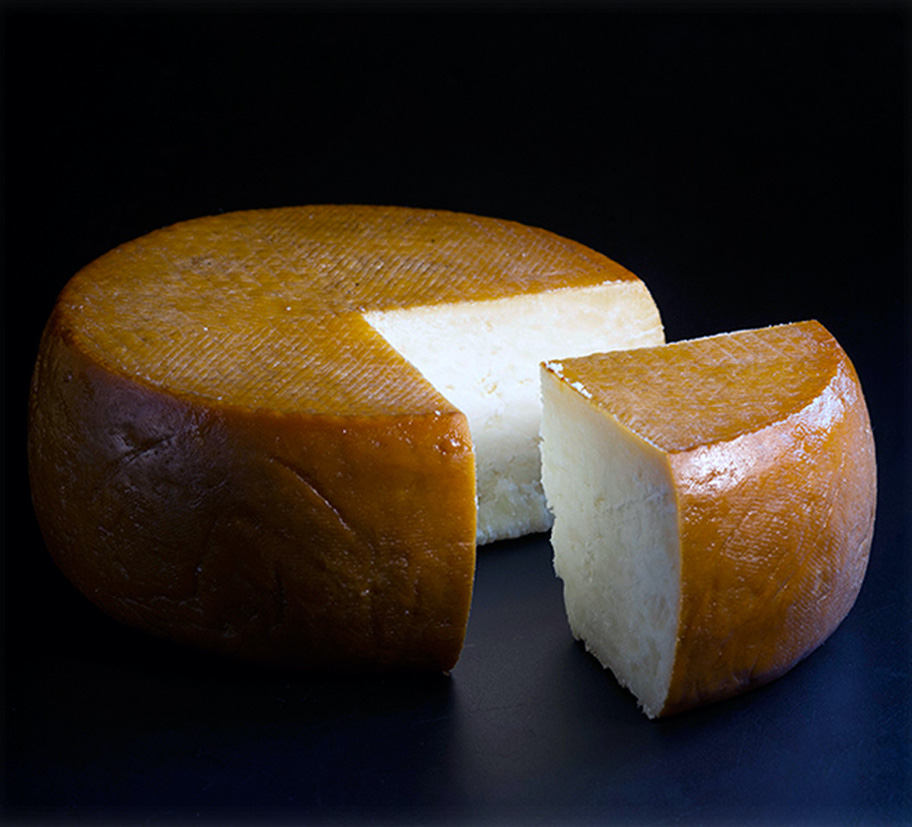 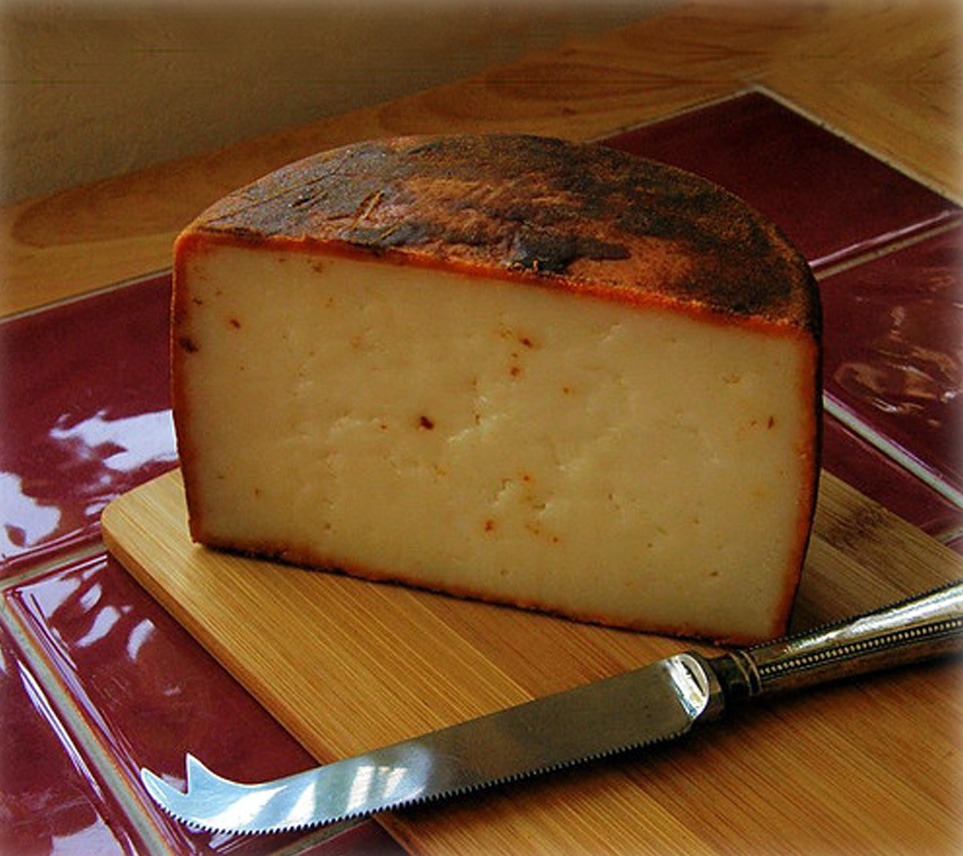 The rural areas of Tenerife still preserve a great cheese-making tradition. The cheeses of the largest Canary Island are made with goat's milk or with a mixture of goat's milk and sheep's milk.

The variety of Canarian cheese is at the height of its quality. The long tradition of the islands in the production of these dairy products is evident in their flavours and aromas. You can find good samples in the bars and restaurants of the Canary Islands, as well as in their food shops.

AntPreviousDo you know what the gomerón is?
NextDo you know potato in sauce? Try it!Next