Tindaya, the sacred mountain of Fuerteventura

Fuerteventura is an undiscovered island with more than just endless white sandy beaches. One of the island's treasures is the Tindaya Mountain, which was considered by the Guanches or ancient aborigines of the island as a sacred place where magic and mysticism were always present. 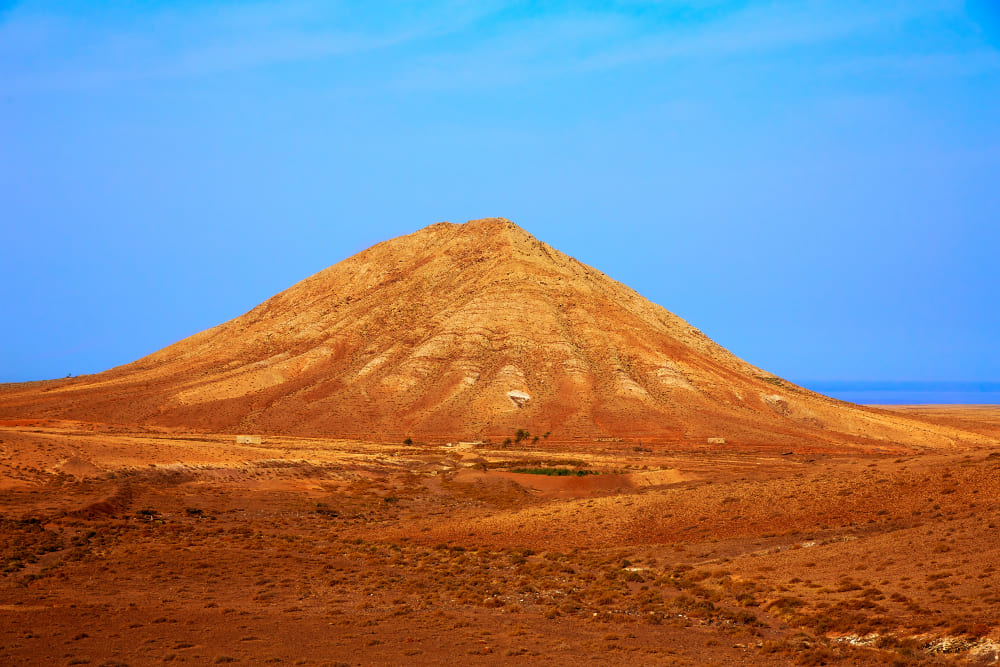 Tindaya is a locality of Fuerteventura located in the municipality of La Oliva in the northwestern part of the island. The Montaña de Tindaya is a characteristic feature of the island's relief, where a volcanic mountain rises out of a plain, leaving a landscape worthy of admiration.

This mountain is 400 metres high and rises above the Esquinzo plain, a true reflection of the arid landscape characteristic of Fuerteventura, where this type of rock formation is found.

It is estimated that this mountain is 18.7 million years old, making it one of the earliest volcanic formations on the island. The passage of time and the erosion caused by external agents such as wind and sun (and to a lesser extent rain) give it an imposing appearance today, where quartz-trachyte rocks, which are the most resistant to the effects of erosion, are found. 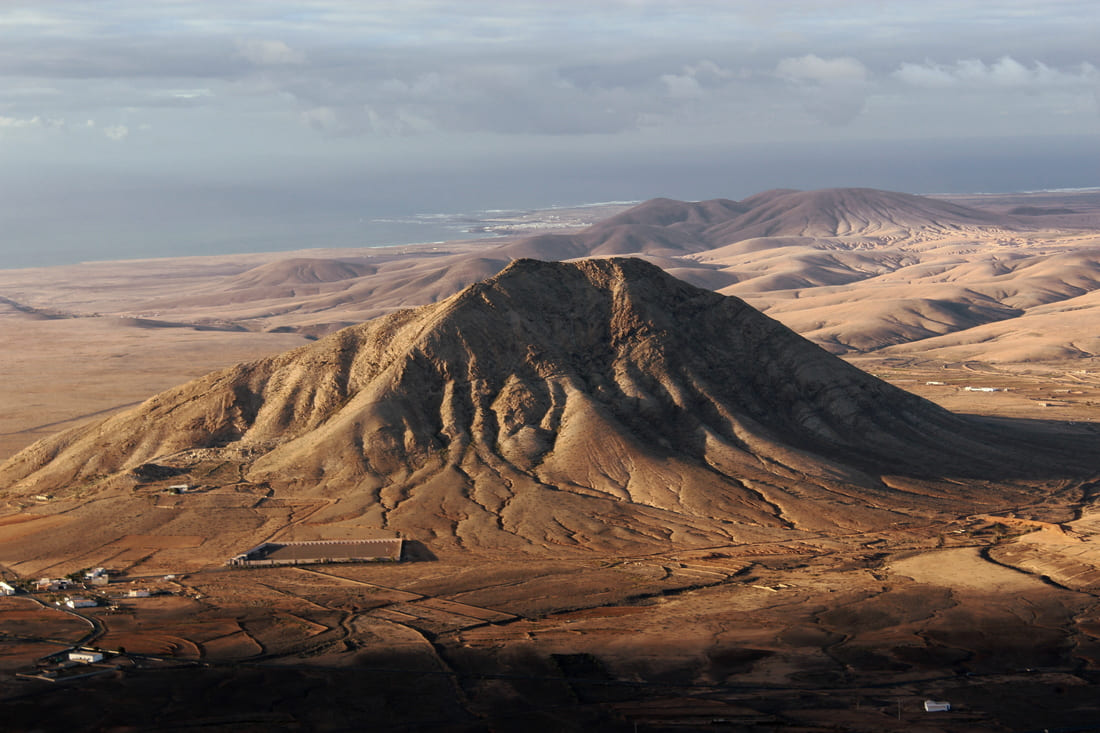 The aborigines of Fuerteventura considered the Tindaya Mountain to be a magical place, and proof of this are the podomorphs or rock engravings found on its summit.

The stories and traditions of the island always refer to this mountain as a sacred place where magical rituals were performed.

How to visit the Tindaya Mountain

Depending on where on the island you start from, there are different ways to get to Tindaya and visit its sacred mountain. You always have to head towards the municipality of La Oliva, which is located in the north-western part of the island, halfway between Puerto del Rosario (the island's capital) and the natural park of Corralejo (where the dunes end in the sea). A permit must be requested from the Fuerteventura Cabildo's Department of the Environment in order to access Montaña Tindaya, which can be done from the capital itself or from Corralejo. 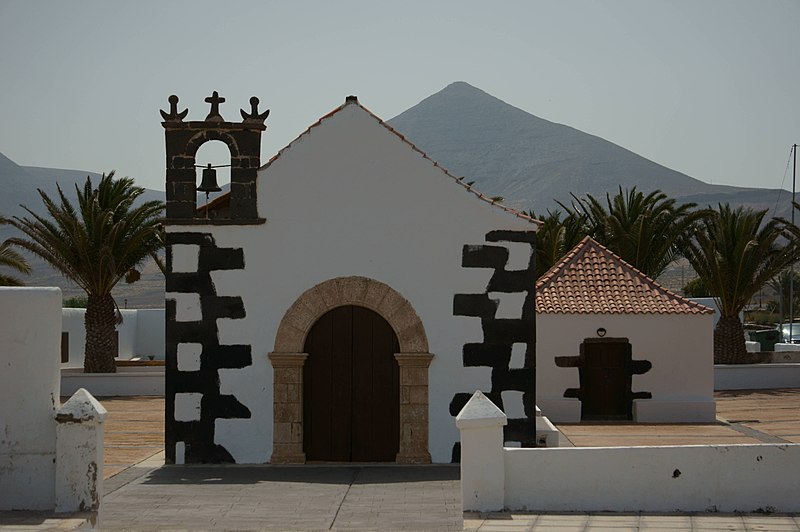 With the permission granted, you must go to the village of Tindaya, which is located on the south side of the mountain and where it is possible to stock up for the adventure of climbing the mountain. It is important to remember that Fuerteventura is an island where the temperature is high and the climate is dry, so it is essential to bring enough water and sun protection (hat and sun cream) to be able to do the excursion safely.

There is an established and signposted path that leads to the top of the mountain. It is necessary to stay on it in order to respect the environment and preserve the heritage of this magical mountain.

The walk to the summit will take approximately two hours if done at a leisurely pace, stopping to enjoy the surroundings and the views. There are about 2 kilometres of path with moderately demanding climbs, so it can be done without much difficulty. 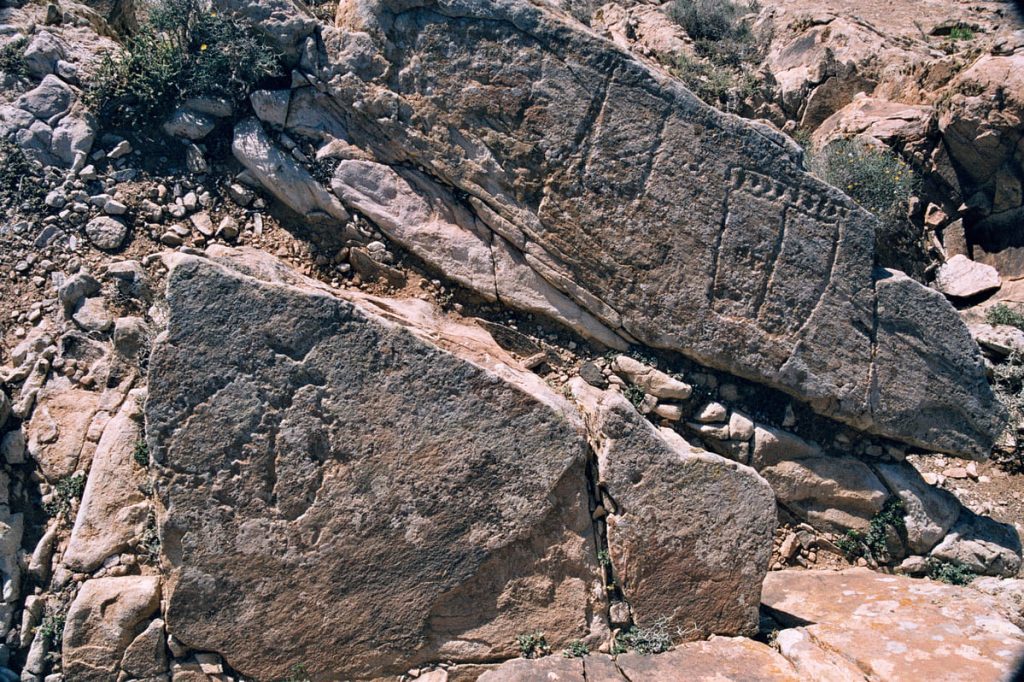 Once at the top you can see the rock engravings in the form of feet that testify that the place was considered sacred and magical in ancient times.

Tindaya Mountain is part of the heritage of Fuerteventura and the Canary Islands, being a place that was considered special and mystical by the island's aborigines. A hike to the top is a very interesting activity to do on an island where the sun and the beach are the two main attractions.

AntPreviousDo you know the Barranco de Masca? Don't miss it
NextLa Graciosa: a hidden paradise in the Canary IslandsNext