La Graciosa: a hidden paradise in the Canary Islands

There were seven Canary Islands until 2018, but since 26 June 2018, there are now eight, with the inclusion of La Graciosa as an island and not an islet. This decision served as a springboard to further boost tourism in this corner of the island. Nowadays, the offer of accommodation on La Graciosa is possible in campsites or flats, because there are no hotels, hostels or large hotel complexes. 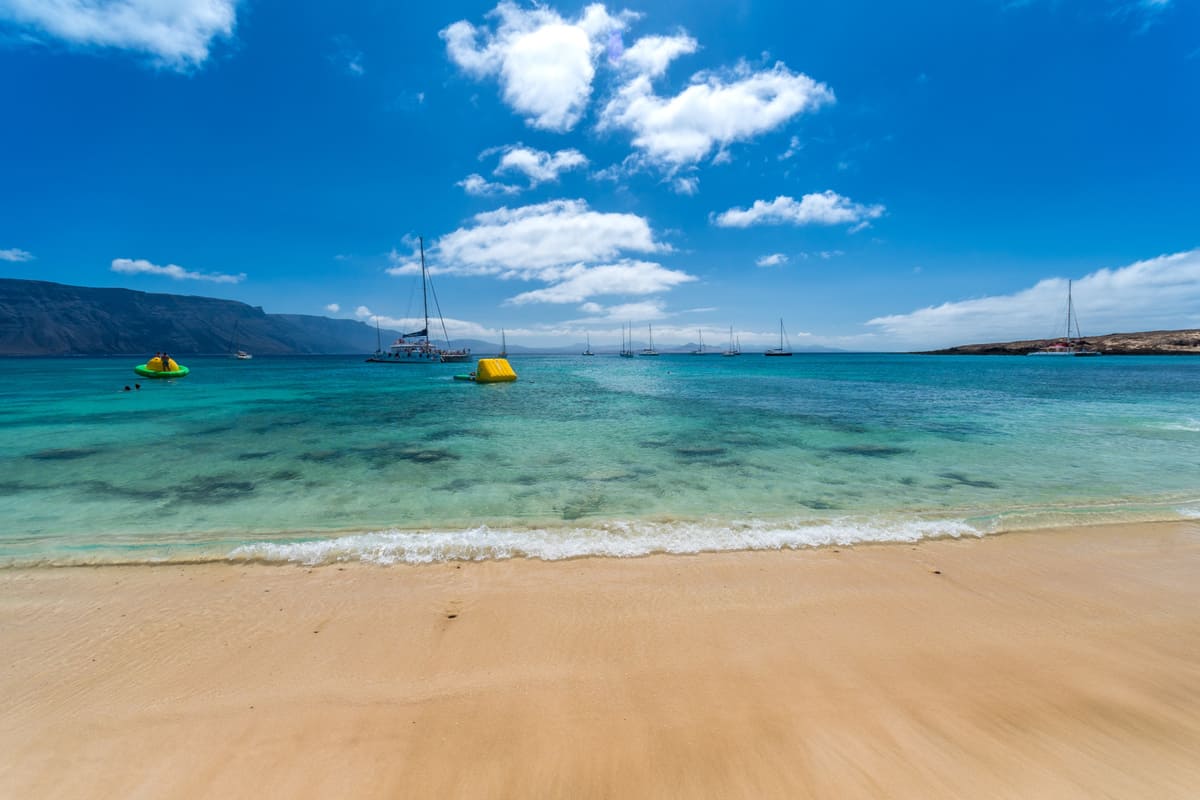 In any case, the absence of hotels does not prevent the main attraction of this small island from continuing to be tourism, which has its epicentre in Caleta de Sebo, where 90% of the accommodation is for this purpose. The other town on La Graciosa is Pedro Barba.

La Graciosa is an island with a population of about 750 inhabitants, so if you are wondering where to stay in La Graciosa you should know that there are about thirty houses to rent in Caleta de Sebo and less than a dozen in Pedro Barba. In the latter town the atmosphere is quieter and the houses are more spacious.

An important tip on the island is to book accommodation in advance in high season, as the low supply means that it is not easy to find available space. If that happens, the solution is to visit La Graciosa in one day, an option that many visitors from Lanzarote go for, as the way to get from one to the other is with a half-hour ferry.

What to see in La Graciosa?

Caleta de Sebo and Pedro Barba are the only two towns on the island. They are made up of a few unpaved streets, moored boats and a few shops. For lunch, the best option is to try the fresh fish of the day in one of the restaurants, although there is also the possibility of going to a pizzeria or a hamburger restaurant.

Pedro Barba is a smaller village with a fishing tradition, like Caleta de Sebo, but it does not offer much more than its charm. Caleta de Sebo, on the other hand, is the most commercial town and is also home to the Church of Nuestra Señora del Carmen and the Chinijo Museum.

La Graciosa is the largest and only inhabited island of the Chinijo Archipelago, which means small. The group of islands is completed by Alegranza, Montaña Clara, Roque del Este and Roque del Oeste.

Beaches and hiking in La Graciosa

There are no large hotel complexes on this island near Lanzarote because of its small size and because it has been protected since 1984, when it was declared a Natural Park and Biosphere Reserve.

Visitors flock to this corner attracted by its beaches and the hiking trails in its volcanic hills. Of the beaches, one of the most charming is La Concha. Although it is somewhat distant from the two small villages in the north of the island, its scenery is exceptional, with views of Montaña Clara, golden sand and turquoise waters. It is an unspoilt beach, like all the others on the island, but there are plenty of red flags, so bathing is dangerous.

Other beaches of interest are Playa Salado, one of the largest in La Graciosa and where you can camp; Lambra beach; La Francesa beach, which is only accessible on foot and from which you can see the cliffs of Famara; and Caleta de Arriba beach, exceptional for snorkelling.

In addition to spending the day relaxing by the sea, another interesting option on this island is to explore it on foot or by mountain bike. There are four of the most popular itineraries: the route to Playa de la Cocina and Montaña Amarilla; the route from El Corral to Punta del Pobre; the route from Las Conchas, Majapalomas and Pedro Barba; and finally the route from Pedro Barba to Punta de la Sonda.

It is important to remember that in La Graciosa there are no cars on its territory, you can only go on foot, by bicycle or by 4×4 taxi. This alternative is possible with the jeep taxis authorised for public transport. 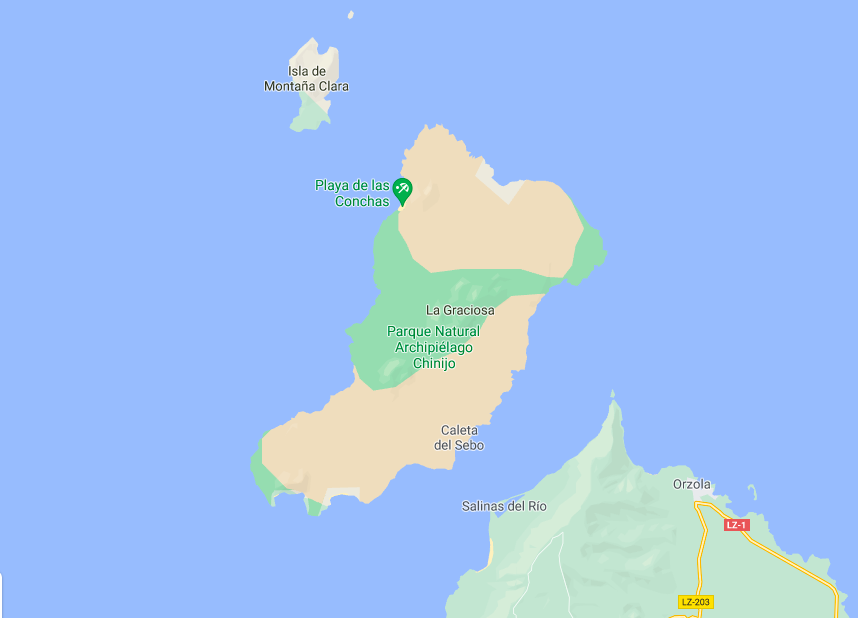 Lanzarote is the starting point to get to La Graciosa. Ferries between the two islands run daily and at long hours, so if you can't find accommodation on La Graciosa, you can stay overnight on Lanzarote. The hotels Paraíso Ico and Finca La Florida are located halfway between Arrecife, the capital of Lanzarote, and the town of Órzola, from where the ferries depart to the Chinijo archipelago.

Lanzarote is a larger island, and therefore offers a wider variety of tourist services. Top-rated restaurants include Salmarina Playa Quemada, near the Timanfaya National Park; Majo Picón, in Tinajo; or Dunas de Famara, next to the Risco de Famara and the beach of the same name.

The largest of the islands of the Chinijo Archipelago concentrates all the charm of the Canary Islands in just 30 square kilometres, but remember, accommodation in La Graciosa is a very precious commodity, especially in high season. If you plan to visit this spot, book well in advance or take the ferry from Lanzarote for the day.

Get a list of the sites along the route and the map here and share it with others.