Canary Islands rum: all you need to know about it

Canarian rum is as closely linked to the character and culture of the archipelago as its beaches, volcanic landscapes and mild, eternally spring-like climate.

Few images are as idyllic as that of enjoying this Canarian drink while watching the sunset on any of its islands.

The classic brands of Canarian rum

The history of rum is closely related to the history of the Canary Islands. It was from the Fortunate Islands that the first sugar canes, the raw material for rum, were sown in America.

The person in charge of transporting them was Christopher Columbus himself, during his second trip to the New World, in the year 1493. A year later, the first plants had already flourished.

Since then, the Canary Islands have never ceased to occupy a very prominent place in the world's rum industry, with hundreds of prestigious brands such as Arehucas, Guajiro, Cocal and Artemi, among others. 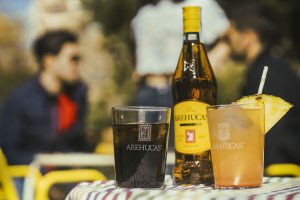 Belonging to the century-old Arehucas Distilleries, an industry that produces numerous liquors, its rum is the most outstanding and one of the best in Spain.

Among its variants, Arehucas honey rum, Carta Blanca and Carta Oro stand out, the best selling ones in the archipelago for more than half a century.

The distilleries are located in the municipality of Arucas (hence the name), on the island of Gran Canaria. They were founded in 1885, and their success was such that already in 1892 they obtained the title of Official Supplier of the Royal House, a privilege that was granted by the then Queen Regent Maria Cristina of Austria.

Arehucas rum began to become popular in the 1940s.

The Cocal Distilleries belong to the San Bartolomé de Tejina Distillery, founded in 1948. The brand is recognized worldwide for its liquors and rums of artisanal production and high quality.

Following the tradition of the Canary Islands, the honey rum of this family distillery mixes the most exquisite aged rums with honey, sugars and cane and molasses spirits. The result is a highly successful Canary Island honey rum, both in the archipelago and abroad, with exports of more than 40,000 litres a year.

Cocal rum has an intense aroma of orange peel and cane, with attractive floral notes. Its color is amber with orange edges, with a sweet and unctuous flavor with some soft acid shades. 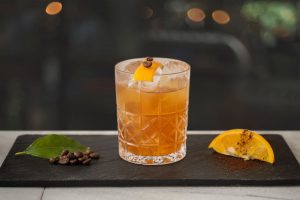 Canary Island rum that also belongs to the San Bartolomé de Tejina Distillery, and is one of the most awarded Spanish rums in the world. 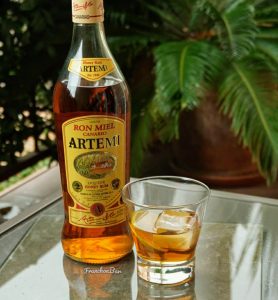 Canary Island rum produced in the Artemi Liqueur Factory in Telde, Las Palmas, which is distinguished by its natural aromatic extracts and the addition of honey. It is a very sweet and tasty rum in the mouth, ideal for drinking cold alone or in combination.

Peculiarities and curiosities of the Canary Islands rum

Canarian rum has, in general, a bright, golden and translucent tone that becomes more intense the older the rum is.

Its unmistakable aroma and taste make it ideal to enjoy on ice, in a refreshing mojito or in the traditional cubalibre.

In the town of Arucas, home of the Arehucas Distilleries, the monks have been distilling the beverage from sugar cane in the monasteries since at least the eighteenth century.

Although the beginnings of rum in the Canary Islands were on the island of Gran Canaria, at present the island of Tenerife also has a very strong presence on the market.

Typical of the archipelago is the Canary Islands honey rum, which even has a specific geographical designation: Ronmiel de Canarias. It is made from molasses or eau-de-vie, with a quantity of honey that reaches 2% of its total volume. 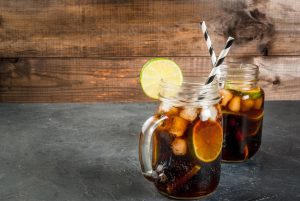 As we have said, canary rum can be taken in different forms, either alone or in the form of a mojito or cubalibre. However, there are different combinations with this typical Canarian drink that will surprise you.

To prepare this exquisite cocktail you will need canary honey rum, cinnamon and whipped cream.

You will only have to fill two thirds of a glass with the honey rum and complete the rest with whipped cream, sprinkling it with the cinnamon. A "dessert" of scandal.

For this cocktail you need the following ingredients: 60 ml of golden Guajiro rum, 60 ml of white rum of the same brand, 30 ml of lemon juice, 30 ml of grenadine, 30 ml of dry Triple, 30 ml of soda and 4 ice cubes.

It is prepared by placing the 4 ice cubes inside a long glass or a cup and pouring the Guajiro rums, the grenadine and the lemon juice. Add the soda until the glass is full.

To present it, decorate it with a slice of lemon and a cherry.

The ingredients of this cocktail are: 60 ml of white canary rum, 30 ml of blue Curaçao, 30 ml of orange juice, 30 ml of pineapple juice and 4 ice cubes.

Put all the components of the Blue Hawaii into a shaker and shake it well for a few seconds. Pour the mixture into a glass and decorate it with a triangular slice of pineapple. Both the taste and the look are simply sensational.

Its ingredients are: 30 ml of Arehucas white rum, 30 ml of Triple Seco, 30 ml of lemon juice, half a spoonful of sugar, 5 strawberries and 5 ice cubes.

Put all the ingredients, except the sugar, in a blender and process until you get a velvety texture. Serve Strawberry Daiquiri in a frosted sugar glass. 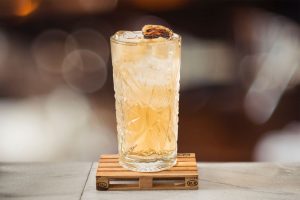 Tasting a Canarian rum in any of the many ways it can be served - and we assure you that we have left many of them in the inkwell - is one of the best ways to enjoy the Canary Islands, one of the most wonderful paradises in the world.

AntPreviousGrilled cheese with mojo: the typical Canarian dish you must try on your next visit
NextPalm honey, one of the most typical Canary Island productsNext