7 Canarian craft beers you have to try 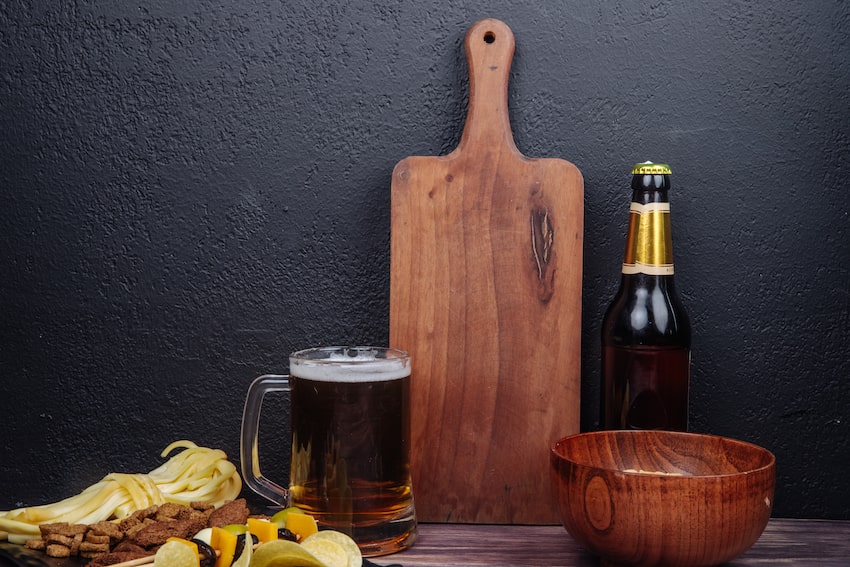 Historically, wine has had a great influence on the society and gastronomy of the Canary Islands. However, in recent years, Canarian beer has claimed its place within the island's idiosyncrasy, to the extent that it has overshadowed the delicious Canarian wines.

This has led to a proliferation of small, artisanal breweries that are improving their products and introducing new and successful varieties every day.

Some time ago we wrote about the fantastic Texeda craft beersIn this post we are going to review other of the best Canarian handmade beers.

The production of Canarian craft beers has experienced strong and sustained growth in recent years. Its quality is recognized both nationally and internationally.

In the Canary Islands there are about 30 kinds of artisan beers, distributed by all the islands of the archipelago, with the exception of La Graciosa.

Each and every one of them is excellent, but due to lack of space we are going to show you a list of the 7 Canarian beers that are currently setting the trend. 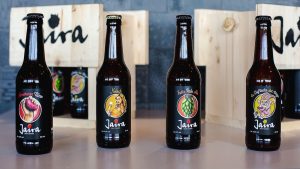 One of the most renowned Canarian beers . It originates from the town of Agüimes, on the island of Gran Canaria. Jaira, in the Canarian dialect, refers to the goats that are raised next to the owners' houses.

The family that created this beer grew up among goats. Observing their behavior, they noticed that certain goats had a very marked personality and did not follow the rules of the herd. 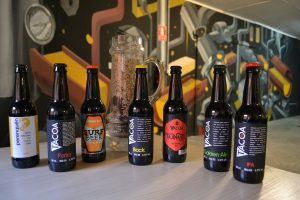 Canarian beer born in the northern municipality of El Sauzal, in Tenerife, and elaborated 100% with natural ingredients.

It has a unique taste, a characteristic aroma and a consistent body.

Although all very interesting, we will highlight the Perenquén Tutti Frutti, a Pale Ale with a low alcohol content, very refreshing and with a delicious aroma of tropical fruits . A complex beer, but easy to drink, ideal for those who like exotic flavours and aromas. 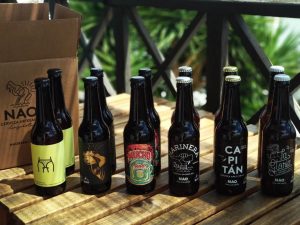 It is a reference among the Canarian craft beers. Originally from the island of Lanzarote , all its proposals have a distinctive and special touch.

The canarian beers that Nao puts at your disposal are: Maresía, Black Patrón, Mucho, Capitán, La Marinera and La Gloria.

This organic Canarian beer is brewed in a small brewery located on the island of Tenerife , in the town of Los Realejos. The raw materials used are of the highest quality, having the respect for the environment as a real flag.

Veteran Canarian beer from the island of La Palma, specifically from the town of Tijarafe.

Their products are different and very healthy, with a unique taste and ingredients of the highest quality.

We do not have space to analyze each and every one of these Canarian beers, but we cannot fail to highlight the more than interesting Danza del Diablo, a natural black Ale that is made with 4 special malts of the highest quality, including chocolate and caramel malt.

It was created in homage to Tijarafe and its popular festivals in 2010. 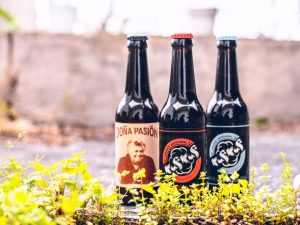 First craft beer of El Hierro , a project led by Renán Andrés Morales. The great secret of this project is the combination of the best malts and hops.

Doña Pasión is a golden Canarian beer that is very refreshing and easy to drink.

Sabores Tostados is a full-bodied, fruity, dark beer with a medium bitterness. It is very balanced in malt and hops.

The Pale Ale is slightly dark, with an accentuated bitterness and fruity aromas. 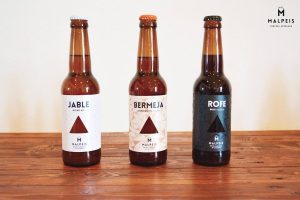 Project led by Tania Delgado Cabrera and Orlando Niz Andueza. Originally from the island of Lanzarote, it has 3 different varieties: Jable, Bermeja and Rofe.

La Jable is a golden Canarian beer, with a light foam and aromas of thyme and citrus. Medium-bodied, it is very pleasant on the palate.

La Bermeja has an amber color, with a persistent and creamy foam. It stands out for its hop aroma, with notes of apricot and peach. In the mouth it is fruity, intense and with a very marked bitterness.

Finally, the Rofe has a creamy foam and fine bubble, with a color very similar to coffee. Its aroma is sweet, with touches of caramel and banana. It is very balanced in the mouth.

Canary Islands beers differ from each other in their different fermentation processes, the variety of their malts or the type of beer: black, toasted or pilsen.

However, some characteristics are common to all Canarian beers, such as the use of the highest quality raw materials, ecological products that preserve the environment, and their handcrafted production.

Another common feature is that bottling and distribution is carried out by the brewmaster, who is in charge of the entire production chain.

The Canary Islands are not only a paradise for sun and beach lovers, with that eternal spring that characterizes its climate, they are also a paradise for lovers of gastronomy and everything related to the pleasure of the palate. Canarian beer has fought, and continues to fight, to find a place in the pantheon of island delicacies. And, without a doubt, it is succeeding